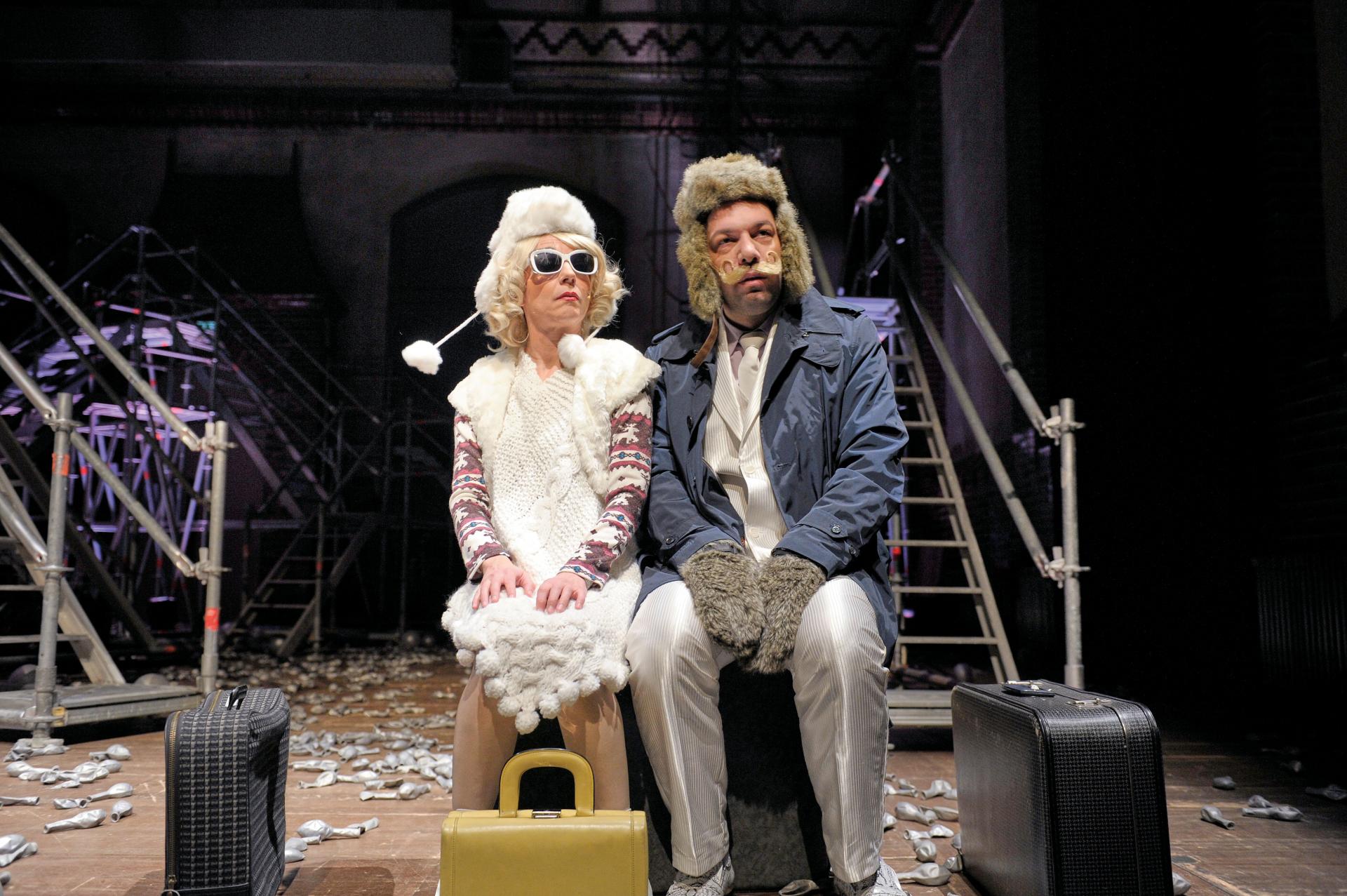 A Divine Comedy by Jacques Offenbach, NOVOFLOT and ensemble mosaik

Exactly two years after its acclaimed staging of Johann Sebastian Bach’s “Christmas Oratorio”, NOVOFLOT returns to RADIALSYSTEM V.. Together with the instrumentalists of the ensemble mosaik, the actress Olivia Grigolli and an ensemble of singers and dancers, the Berlin-based opera company turns for the first time to the genre of the operetta. Based on Jacques Offenbach’s score “La Vie Parisienne,” NOVOFLOT stages a musical theatre with a heavenly prologue, permeated with wild phase shifts.

Once God and Lucifer ruled the universe in complete harmony. But when God suggested to create earth and colonize it with people, Lucifer had doubts and went his way alone. Henceforth, however, God let his creatures believe that Lucifer was a hell being, and used this lie to secure his rule. Lucifer let it happen, but only to one day lure his former heavenly brother to earth to let him know that not he, Lucifer, rules hell, but God himself. And because there can be no better place for such a demonstration than the French capital, filled to the brim as it is with illusions, greed, envy and hysteria, Lucifer places the Almighty at the city’s Gare de l’Ouest, giving him the last remaining major role in this divine comedy, which has gone down in operetta history as the most absurd of all inventions of musical confusion and conspiracy. 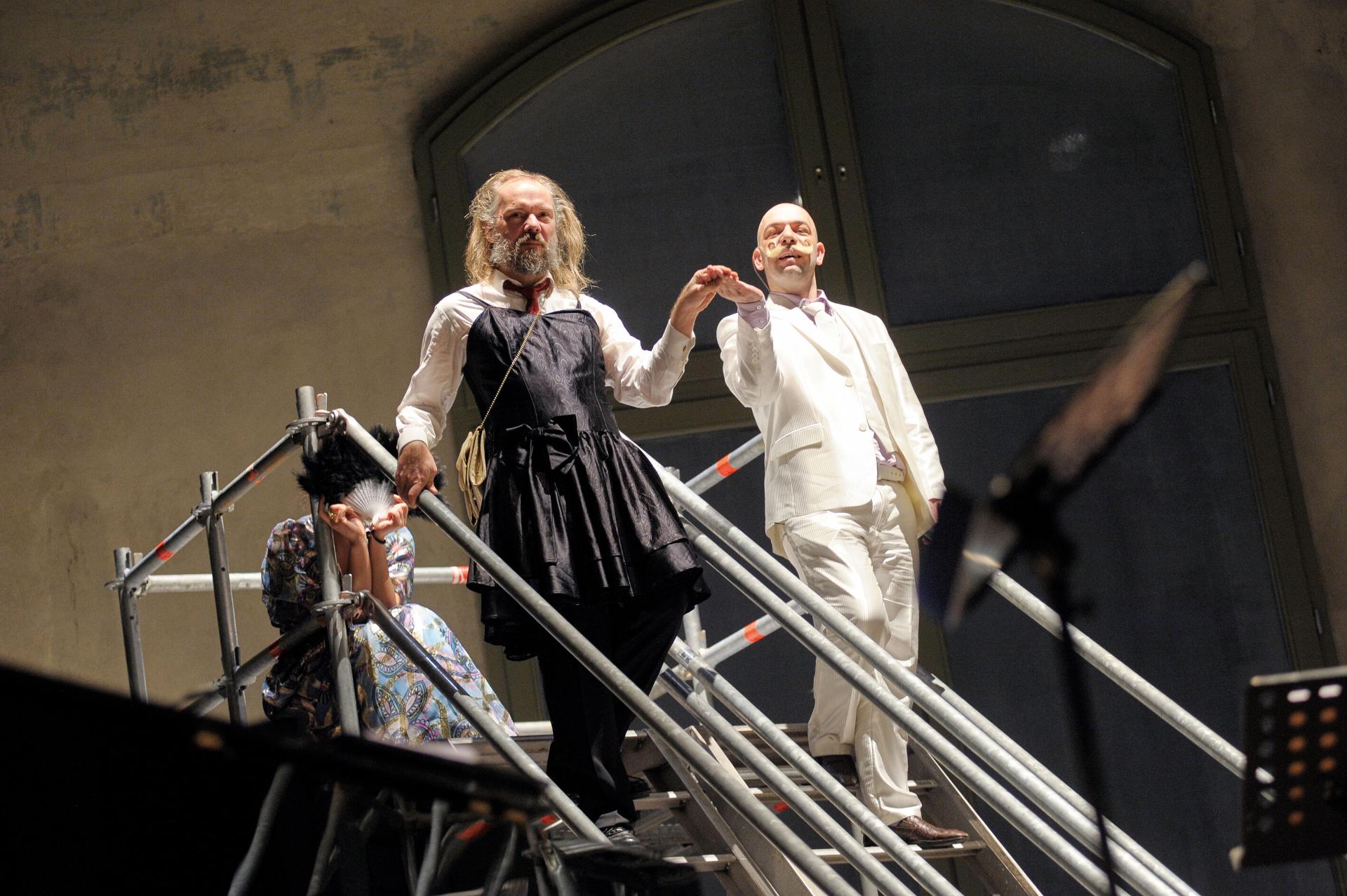 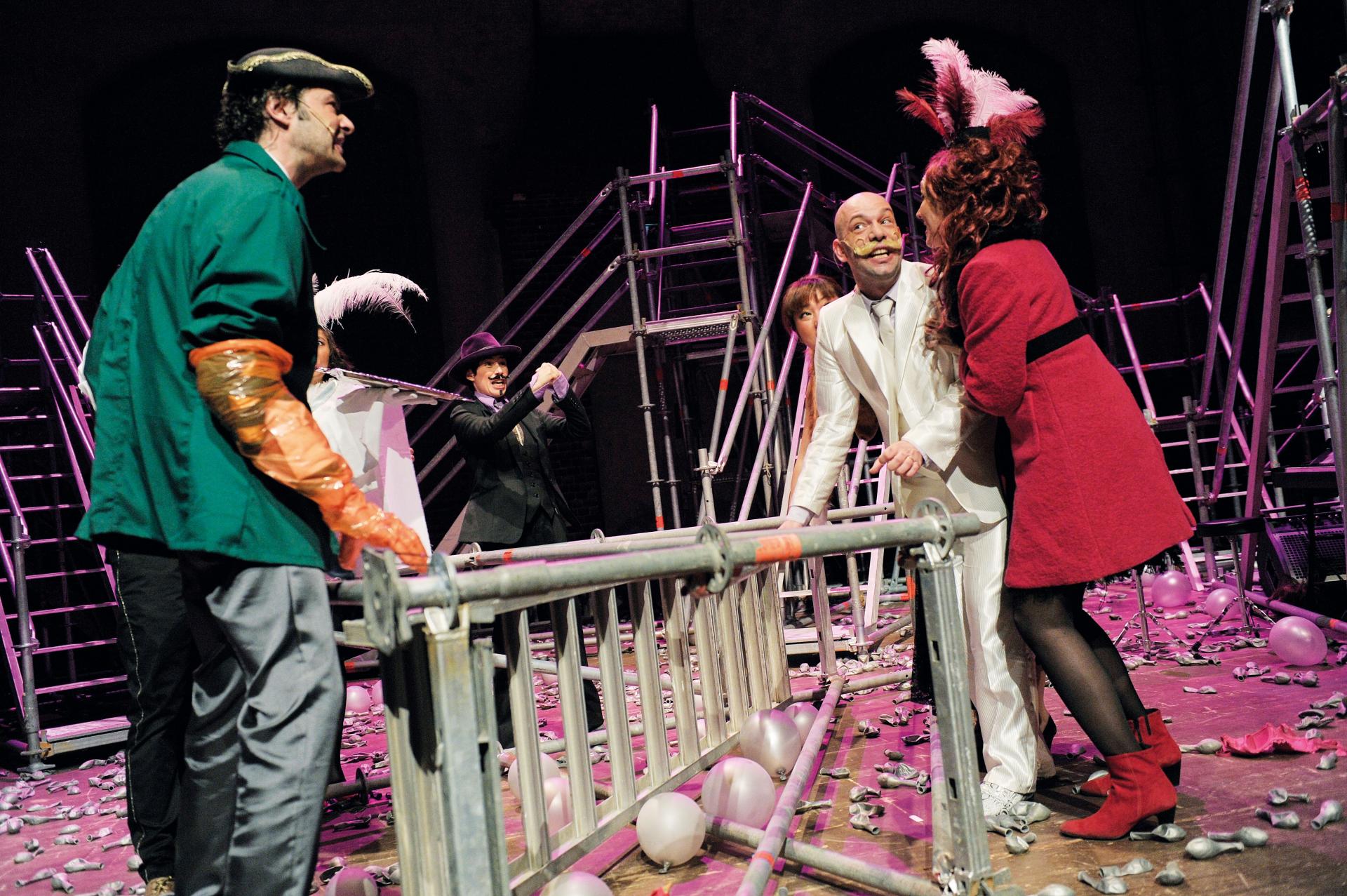 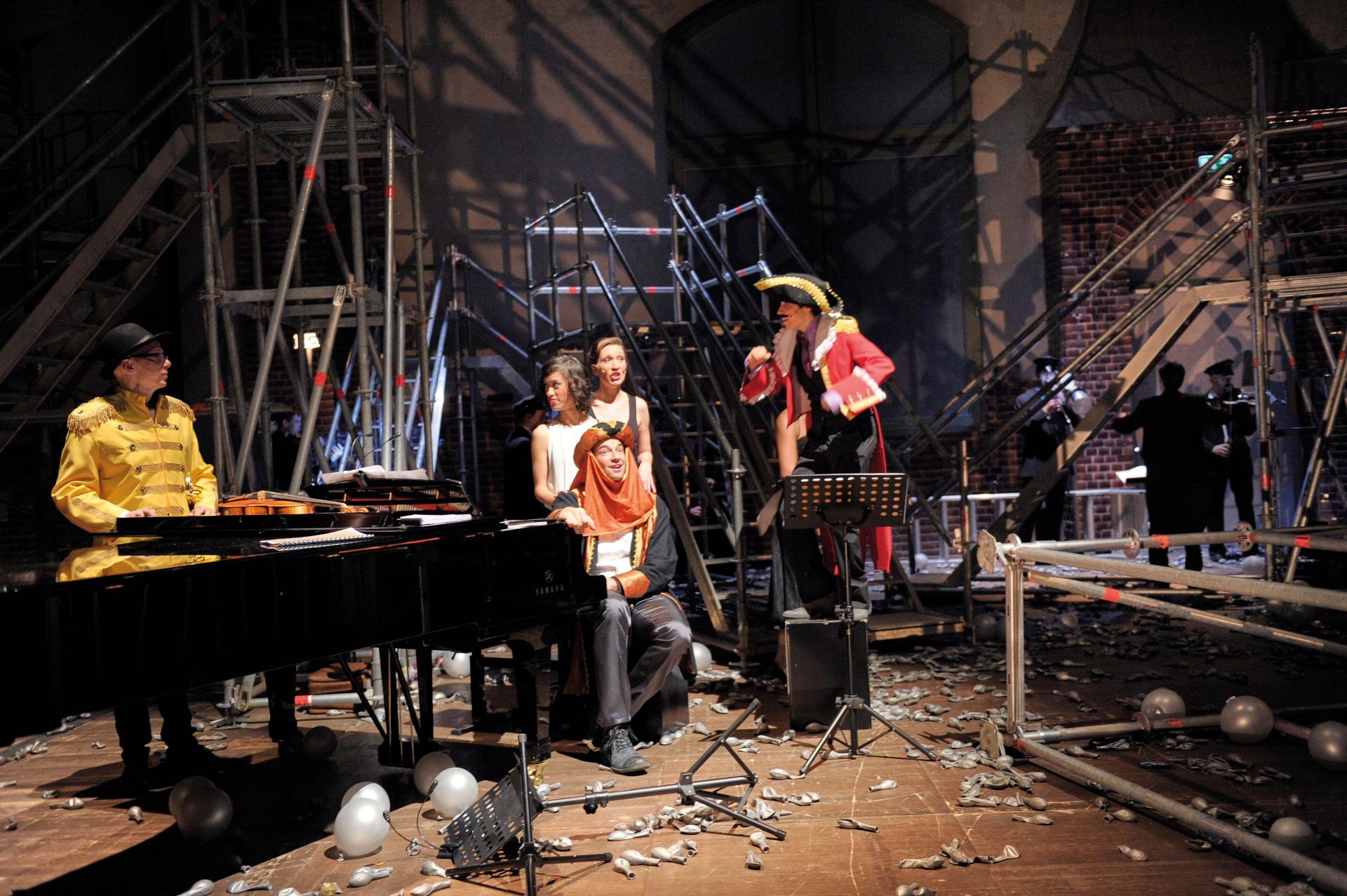 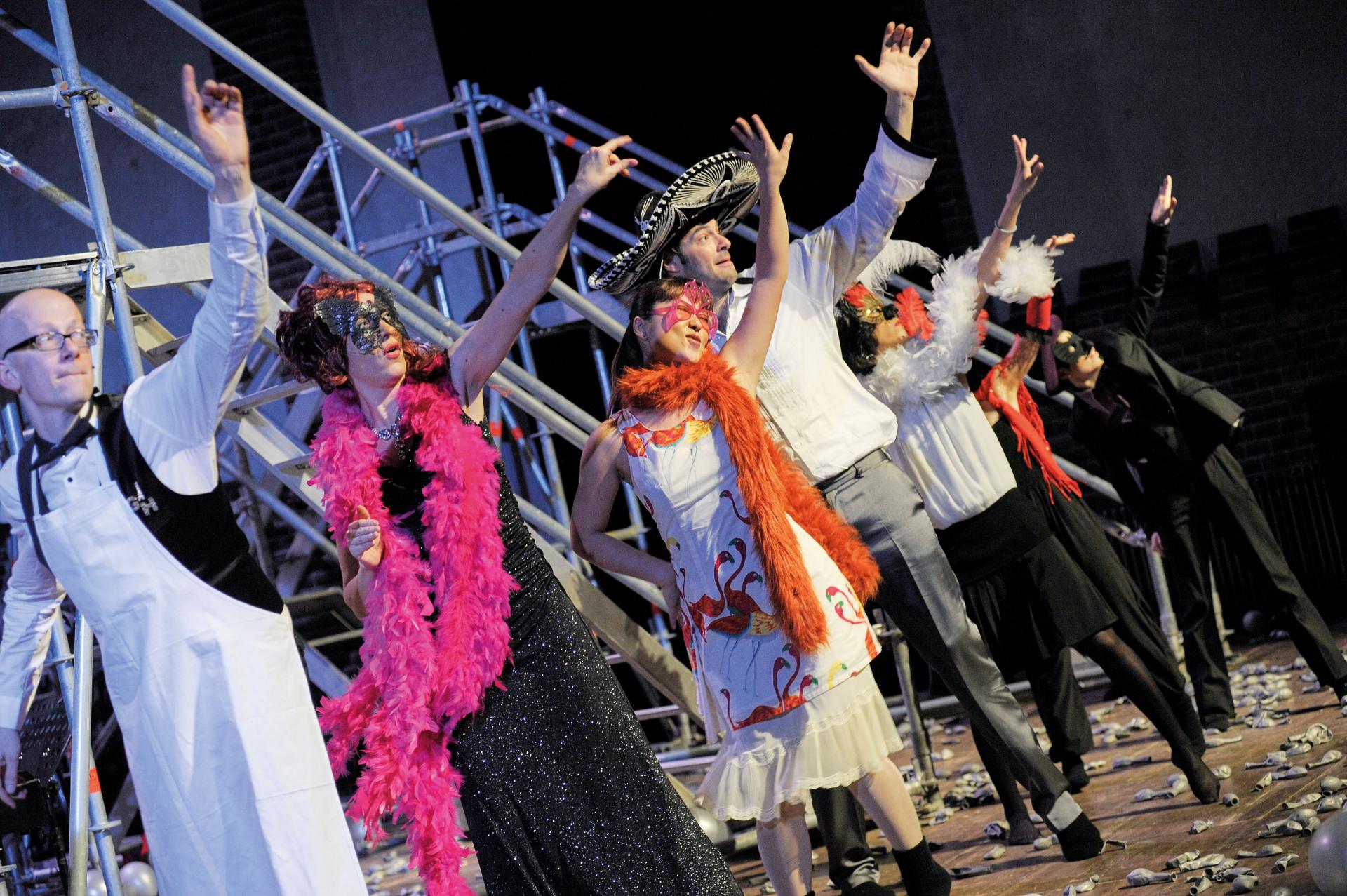 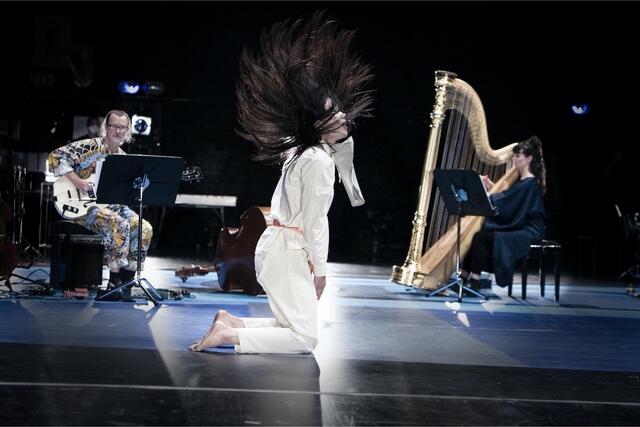 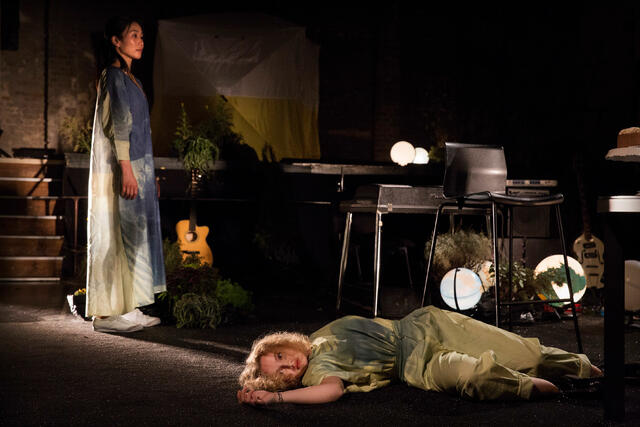 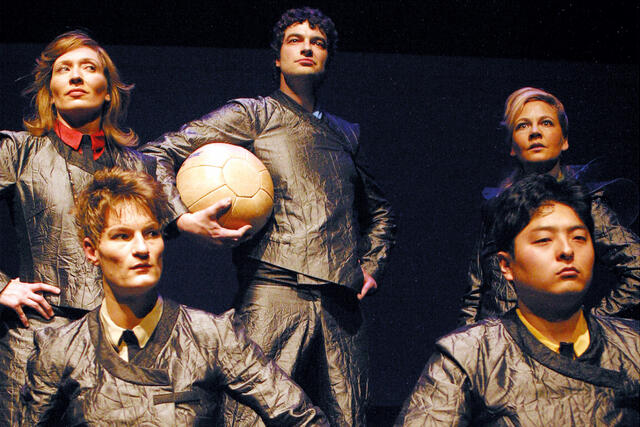